Chaudhary Charan Singh was born on December 23, 1902, in Meerut district of Uttar Pradesh, India. His father Chaudhary Mir Singh had entrusted his moral values ​​to Charan Singh in heritage.

After taking the oath of the Prime Minister, Chaudhary Charan Singh said in his first address to the nation – “It is necessary to remove poverty and provide the basic necessities of life to every citizen.” 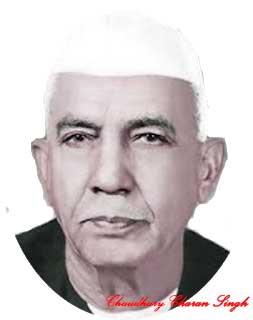 He was of the opinion that without the prosperity of the farmers, the country and the region cannot be developed. Due to the hard work of Chaudhary Charan Singh, the ‘Zamindari Elimination Bill’ was passed in 1952.

He was the true well-wisher of the farmers. Chaudhary Charan Singh died on May 29, 1987. In history, their name will be remembered as a farmer leader more than the Prime Minister.