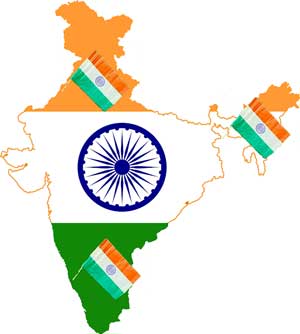 On 15th August’1947, India won its freedom from the British rule after nearly two centuries. Freedom to India came after long and hard efforts made by leaders like Mahatma Gandhi, Jawaharlal Nehru, Subhash Chandra Bose, Maulana Abdul Kalam Azad, Sardar Vallabh Bhai Patel and many others. Freedom fighters like Bharat Singh, Chandrasekhar Azad had to sacrifice their lives while fighting for freedom. It was due to their sacrifices that India got its independence.

On 15th August 1947, on getting freedom, Pandit Jawaharlal Nehru opened up the Indian flag at Red Fort. Since then, this day is celebrated as Independence Day all through the country The main perform is command at the Red Fort in Delhi wherever the Prime Minister hoists the national flag and addresses the nation. After the Flag hoisting ceremony, National Anthem is sung. The military bands play national songs. 21 gun-salutes are also given.

It is a national holiday. All the schools, colleges, shops, establishments, offices, factories, etc are closed. The celebration of Independence Day is also done in state capitals. The Governor or the Chief Minister unfurls that national flag. 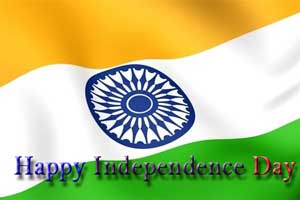 Children are the future citizens of our country. Therefore, Independence Day has celebrated with great joy and enthusiasm in schools also. Various cultural programs and sports events are held on this day. It is a happy occasion for them.

This is to teach children about the sacrifices made by our great leaders to gain this freedom. Therefore, it is important for them to know about their country. On this day, the national anthem is sung with other patriotic songs. Sweets are distributed to children.

In the evening, the Government buildings are lighted up. On this day, programs like Kaui  samelans are held too.

As the day is over, we usually forget the importance of this day. Celebrations on this day, every year held to remind us of the problems our country had to face to achieve freedom.

We are born in the free country. It is difficult for us to relate to the sacrifices people made to gain freedom. However, at least we can make an effort to respect their sacrifices and pay homage to the leaders. It should inspire us and give the courage to safeguard the freedom we have got through unity.

We should follow the noble path and stand by their ideals. We should respect the fact that we are living in a free country because of the great leaders and we must remember them always and not just on Independence Day.