Sardar Udham Singh:Sardar Udham Singh (26 December 1899 to 31 July 1940) is registered as a revolutionary of Punjab in the fight for India’s independence. He shot at Michael O’Dwyer (en: Sir Michael Francis O’Dwyer), the governor general of Punjab during the Jallianwala Bagh massacre and shot him in London. Many historians believe that this massacre was a planned conspiracy of O’Dwyer and other British officers, who were aimed at scaring Punjab to maintain control over Punjab. Not only that, O’Dwyer later did not even back with the support of General Dyer. 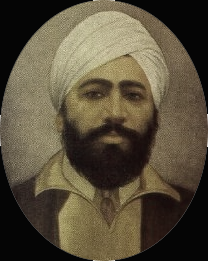 Due to the similar name, it is a common assumption that Udham Singh had killed General Dyer (full name-Reginald Edward Harry Dyer, Reginald Edward Harry Dyer) responsible for the Jalianwala Bagh massacre, but historians believe that administrator O’Dwyer Death of Udham Singh (1940), while General Dyer, who executed the firing, died in 1927 after suffering from paralysis and various diseases.
The name of a district of the north Indian state of Uttarakhand has also been named Udham Singh Nagar.

Life Story: Udham Singh was born on December 26, 1899, in the Kamboja family in the village of Sunam in Sangrur district of Punjab. In 1901, Mother of Udham Singh and his father died in 1907. Due to this incident, he had to take refuge in an orphanage in Amritsar with his elder brother. Udham Singh’s childhood name was Sher Singh and his brother’s name was Mukka Singh, who got new names in the orphanage in the form of Udhamsingh and Sadhu Singh respectively. According to historian Malti Malik, Udham Singh was a symbol of universal harmony in the country and therefore he changed his name to Ram Mohammed Singh Azad, who is a symbol of India’s three major religions.
Udham Singh was living in the orphanage, in 1917 his elder brother died too. He became completely orphan. In 1919, he left the orphanage and joined the revolutionaries in the fight for independence. Udham Singh had become orphaned, but despite this, he did not get distracted and continued working constantly to fulfill his promise of freedom of the country and to kill Dyer.
Michael O’Dwyer shot dead:Udham Singh was a witness to the Jallianwala Bagh massacre that took place on April 13, 1919. For the political reasons, the exact number of people killed in Jallianwala Bagh was never exposed. From this incident, Veer Udham Singh went to Time and he took the pledge to teach Jaya Jivala Bagh to the soil, and teach him a lesson to Michael O Dyer. Udham Singh traveled to Africa, Nairobi, Brazil, and America with different names to carry out his mission. In 1934 Udham Singh reached London and stayed there on 9, Elder Street Commercial Road. There he bought a car for the purpose of traveling and together with his six bullets, a revolver was purchased to complete his mission. The brave revolutionary of India, Michael O Dyer, waited for a suitable time to hide.
Udham Singh got the chance to take revenge for the death of hundreds of his siblings in 1940. On June 13, 1940, 21 years after the Jallianwala Bagh massacre was a meeting of the Royal Central Asian Society’s Coxston Hall in London, where Michael O Dyer was also one of the speakers. Udham Singh reached that meeting on that day from that time. His revolver he hid in a thick book For this, he had cut the pages of the book in the shape of the revolver in such a way that the weapon of Dyer could be easily hidden.

After the meeting, after taking the front from behind the wall, Udham Singh stained a shot at Michael O. Dyer. Two bullets hit Michael O Dyer, which promptly killed him. Udham Singh did not try to escape from there and gave his arrest. They got sued. On June 4, 1940, Udham Singh was convicted of murder and was hanged on 31 July 1940 in the Pentonville jail.