Christopher Reeve was an American actor, director, producer, and writer renowned for his film portrayal of Superman as Clark Kent. 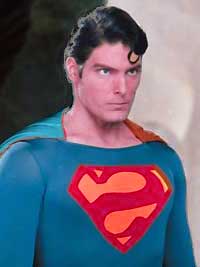 Christopher Reeve: Christopher Reeve, who glazed the screen playing the role of Superman, was born on September 25, 1952, in New York. His father, Franklin Reeve was a writer and a professor and his mother, Barbara Johnson was a journalist.

In 1956, when Christopher was just four years of age, his father divorced Barbara and left the home. Christopher, his elder brother Benjamin and Barbara moved to Princeton, New Jersey where she married to an investment banker, Tristam Johnson, a couple of years later.

However, separated from his father, Chris, and his elder brother still was allowed to meet Franklin Reeve and they spent high-quality time with Franklin whenever they met. Franklin always tried to teach good things Whenever he met his children.

Christopher was an average student in study during his school and high-school days but he was very much interested in acting. He was a member of almost all the clubs in his school and also played in ice hockey team. When Reeve was 15, he got an apprenticeship at the Williams Town Theatre Festival, Massachusetts.

After finishing graduation, he entered Cornell University for further studies. Chris had found an agent who helped him in managing his study and also his work as a professional actor. At Cornell University, Reeve studied about theatres in Britain and France, and also secured a post in Old Vic Theatre in London.

Along with his study, Reeve worked in many dramas and plays and performed at various renowned theatres. He gathered experience of acting through a variety of roles. His passion for acting helped him in securing a position in the list of the students who were selected to study at New York’s Juilliard School of Performing Arts.

At Juilliard, Chris studied under the guidance of John Houseman. During his days at Juilliard, Chris accepted a role in a television serial (a soap opera) to support his study. He also got an opportunity to appear for an audition from where he was selected for a role in a play, A Matter of Gravity which he wanted to perform eagerly.

When Chris was in New York during the production of My Life, he got an opportunity to appear for an audition for a role in movie Superman in 1978.

After Superman, Reeve did a few more movies and worked in theatre plays. In view of the accomplishment of Superman I, Reeve was again considered for the job in its continuation Superman II.

Reeve was not just an entertainer; he likewise assumed a significant job in dynamic governmental issues. He was a Democrat and strong supporter of democratic thinking.

He was a member of many clubs, groups, and organizations. In his lifetime, Reeve took part in activities such as protests, demonstrations, and rallies, etc., which were in public interest.

He even won a special Obie Award in 1988 for his successful efforts in freeing 77 artists from the death trap by Pinochet Government. Reeve was also an environment and animal rights activist.

Further in May 1995, while riding a horse, Reeve could not release his hands from the horse’s bridle and fell down on his head. Reeve was instantly paralyzed on the spot because of the injuries he received on the upper vertebra.

After that accident, Reeve who suited for the roles of the superhero was left immobilized and his life became dependent on others. He was in complete stress.

During this tough time, his wife Dana helped him in facing all that was waiting for him ahead in his life. He came up as a new hope for those who were facing the same situation.

Reeve decided to help those who were suffering from spinal injuries. He helped in establishing help centers, awareness camps, etc. for those people. He was also selected as the Vice Chairman of The National Organisation on Disability in 1997. From 1996 to 2004, Chris wrote a couple of books, one of which was his autobiography.

The ‘Superman of Silver Screen’ who was termed ‘Man of Steel in real life died on October 10, 2004.