Nicholas Tesla was a great inventor and engineer, who has contributed a lot to Thomas Edison’s inventions. As long as he was with Edison, Edison ignored his importance. But Edison later publicly accepted his mistake. 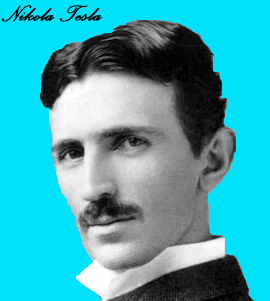 It is said about that person who decorated the earth with light. He has made many revolutionary inventions in the fields of electricity and magnet. The modern system of distribution of electricity ie the power of the AC power system, the invention of the AC motor, etc.

After working in some companies, in the beginning, Tesla joined the Continental Edison Company in Paris. Meanwhile, he developed some different types of the dynamo. Only then did he have the opportunity to work with America’s great inventor Thomas Alva Edison. And he got off to the US. While working with Edison, he led his company to new heights, but soon there was a dispute between the two, which was largely about the power distribution system.

At that time Edison’s invented DC power distribution system was in place in the US. DC (i.e., Direct Current) is an electric current that always flows in one direction. Such as the current formed from an electric cell Tesla attracted people’s attention towards the shortcomings of DC and talked of implementing AC power distribution system. The AC current alternate current constantly changes its direction. This is the characteristic of this section that its voltage can be stretched by the transformer and sent far enough. While this is not possible in DC Also, AC powered motor and other devices cost less electricity than DC.

Since that time the DC system was largely applicable and Edison was making DC devices, so Edison opposed this new system. In consequence, Tesla said goodbye to his company and along with industrialist George Vesting House, laid the foundations of a new company that put the utility of AC current in front of the world.
Tesla discovered the theory of cyclic magnetic field. Another important invention of this is the AC Electric Motor, which completely deployed the DC power system. He created the first water electric power station on Niagara Falls, after which AC power distribution system was accepted not only in the US but in the whole world.
Marconi is considered the inventor of the radio. But the fact is that Tesla’s contribution is not less in this invention. He gave the principle that radio waves through the outer ionosphere of the atmosphere can be sent all over the world. He also invented Tesla Rod, used in the radio, and had a lengthy trial with Marconi regarding his original radio inventor. He gave the idea of ​​a wireless power supply, which later formed the basis of Laser Rays.
In one of his presentations, he made everybody screw millions of volts of celestial electricity. Once he recorded some unknown signal on his device Telescope, which according to him was being sent from another planet.
Looking at the works of Nicola Tesla, the whole United States celebrates Nicola Tesla Day on July 10. In physics, the unit of the magnetic field has been named as Tesla in its name.
Also Read  Christopher Columbus Biography || Interesting Facts About Christopher Columbus