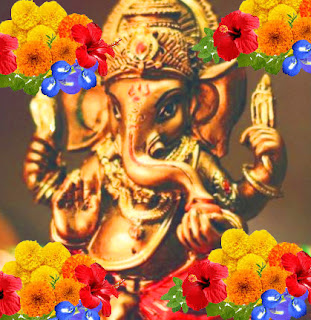 Ganesh Chaturthi is a major festival of Hindu religion.It is believed that Lord Ganesha was born on the same day.

Since then, people of Hindu religion celebrate Ganesh Chaturthi festival every year.

This popular festival is celebrated during the month of Bhadrapad (August and September) during the Shukla Paksha Chaturthi.

Ganesh Chaturthi This sacred festival associated with Hindu religious beliefs celebrates not only in India but in the whole of the world, with permanent happiness and joy in the world.

In Maharashtra, Ganesh Chaturthi festival is celebrated with great enthusiasm. Lord Ganesha is dear to all, especially children These are the Gods of knowledge and property.

Ganesha is the son of Lord Shiva and Parvati . Once Lord Ganesha was cut off by Lord Lord Shiva but then the head of an elephant was attached to his torso.

In this way they found their life again and which is celebrated as a festival of Ganesh Chaturthi Ganesh ji’s face is an elephant. Their ride is a rat. Riddhi and Siddhi are two wives of Ganesha.

Their favorite pleasures are laddus. God’s character is huge. The worship of Ganesha in Hinduism is very important.

It is believed that those who worship them with full devotion and faith will give them happiness, knowledge, cube and long life.

Ganesh Chaturthi is an 11-day festival which starts from the idol in the house or temple on the day of Chaturthi and ends with Ganesh immersion on eternal Chaturdashi.

Devotees pray to Lord Ganesha, especially those who offer Modak, sing devotional songs, recite mantras, do arati and get blessings from their wisdom and prosperity.