Short Words in the life of “Dr. Virginia Apgar”

Inventor of the Apgar score

Dr. Virginia Apgar was born in New York City in 1909. His entire family was interested in music but he wanted to become a doctor. Virginia took the education of zoology, chemistry, and physiology and then she went to the Columbia University Colleges of Physicians and Surgeons. But Dr. of Columbia-Presbyterian Medical Center Alan Whipple discouraged him from doing surgery and encouraged anesthesiology. In this way, the direction and condition of Virginia’s life changed. 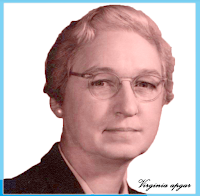 What contributed to the field of Virginia Neonatology is unprecedented. Virginia is also recognized worldwide as the inventor of ‘Apgar Score’. Regarding the health of newborns, ‘Apgar score’ can be detected immediately after their birth. It is determined by the fact that the anesthesia given during pregnancy has affected the child.