Born -2 May 1921
Died     23 April 1992
Calcutta, West Bengal, India
Spouse -Bijoya Ray
Father-    Sukumar Ray
Mother-Suprabha Ray
Satyajit Ray was one of the world’s greatest film personalities of the twentieth century, besides introducing a new direction to the films of the realistic stream, besides his talent in literature, painting, and other genres. Satyajit Ray is known primarily as a director in films, but he has also earned a remarkable reputation as a writer and a writer. Satyajit Ray used to do many things related to film production. These include directing, shading, screenplay, background music, art direction, editing etc. 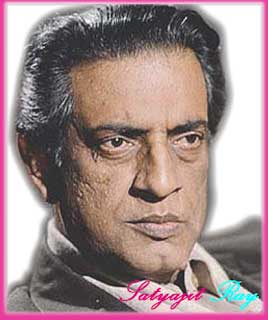 Apart from the filmmaker, he was also a story writer, painter, and film critic. In addition to Satyajit Ray Bharat Ratna (1992), which has given new recognition to Indian films in the world, he is honored with Padma Shri (1958), Padma Bhushan (1965), Padma Vibhushan (1976) and Ramon Magsaysay Award (1967).

Life introduction: Sukumar Rai, the father of Satyajit Ray, the only child of his parents, died in 1923 when Satyajit Ray was barely two years old. They were raised by their mother Suprabha Ray in the house of her brother, between a full-fledged and expanded family of mothers, sisters, and mothers. His mother, who was the master of long life,
Child Satyajit Ray: He was the musician of Ravindra’s music and his voice was very strong. Satyajit Ray’s grandfather, ‘Upendra Rishi Rai’ was an author and painter and his father used to write interesting poems for children in Bengali and he was also a painter. This family was inevitably close to the Tagore family. After graduating from the Presidency College, Calcutta, he went to Ravindra Bharti University, Santiniketan, established by Rabindranath Tagore for the study of Ray Paintings in which he had demonstrated his qualification in the initial stage.
Education :At that time, Santiniketan was known not only in the country but in the world as a center of new Indian consciousness of literature and art. Attraction to Rabindranath Tagore brought students and teachers from all over India here. Students from other countries also used to come here and thus the conditions for the development of a new Indian culture were being created which were based on their own traditions. In Santiniketan, Satyajit Ray received educated artists like Nandlal Bose and Vinod Bihari Mukhopadhyay, who later also made ‘Inner Eye’ film.