Pranab Mukherjee was born on December 11, 1935, in Mirati (Mirati) village of Birbhum district in West Bengal. His father’s name is Kamada Kinkar Mukherjee, who was an active activist in the Indian independence movement. His mother’s name is Rajlakshmi Mukherjee. On July 13, 1957, Pranab Mukherjee’s marriage took place with Shubha Mookerjee. His two sons – Abhijit and Indrajit and a daughter Sharmishita. 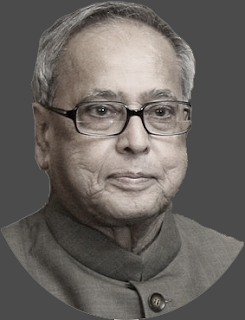 Pranab Mukherjee received his early education in Birbhum. He has taught M.A. in political science and history. Degree and LL.B. The degree obtained from the University of Calcutta. He started his career as a clerk in the Department of Posts and Telegraphs. He also worked as a journalist with ‘Deshar Post’ before entering politics.

Pranab Mukherjee is a prominent leader of the Indian National Congress He became a member of the Rajya Sabha in 1969. He was re-elected in the House in 1975, 1981, 1993 and 1999. In 1973, he was appointed as the Deputy Minister of the Union. He was appointed as cabinet minister He worked on several important posts of the government He took oath as the thirteenth President of the country on July 25, 2012.

In 2007, Pranab Mukherjee was awarded the Padma Vibhushan, India’s second-highest civilian honor. He is a politically motivated leader. He is given full respect in the social sector of the party. They have a deep understanding of Indian politics, economic affairs, and policy issues. He has the distinction of becoming India’s first Bengali President. He is considered a complete politician.