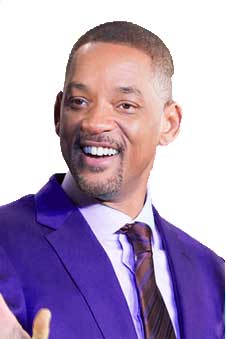 In the late 1980s, Smith accomplished humble notoriety as a rapper under the name The New Ruler. In 1990, his prevalence expanded drastically when he featured in the prevalent TV arrangement The Crisp Sovereign of Bel-Air.

The show kept running for almost six years (19901996) on NBC and has been syndicated reliably on different systems from that point forward. In the mid-1990s, Smith moved from TV to film, and eventually featured in various blockbuster films.

In 1996, Smith featured as a major aspect of a troupe cast in Roland Emmerich’s Autonomy Day. The film was a monstrous blockbuster, turning into the second most noteworthy netting film in history at the time and building up Smith as a prime film industry draw.

Smith was reliably recorded in Fortune Magazine’s “Most extravagant 40” rundown of the forty wealthiest Americans younger than 40. He gave $4,600 to the 2008 presidential battle of Democrat Barack Obama.

On December 11, 2009, Smith and his significant other facilitated the Nobel Harmony Prize Show in Oslo, Norway – to observe Obama’s triumphant of the prize. Amid the 2012 presidential race Smith was one of the best pledge drives for the 2012 Obama-Biden crusade, facilitating a pledge drive at his home, raising more than $500,000.