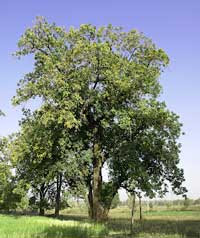 Banyan plants are mainly grown in the grooves of other trees. As soon as the plant gets out, its roots start spreading to the ground and after planting in the ground the plant starts growing.